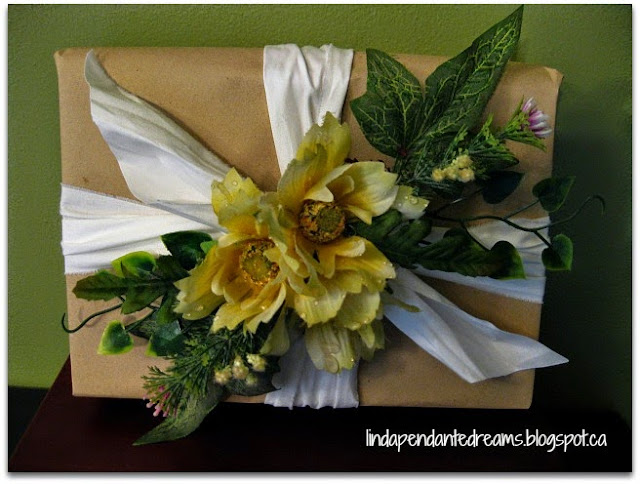 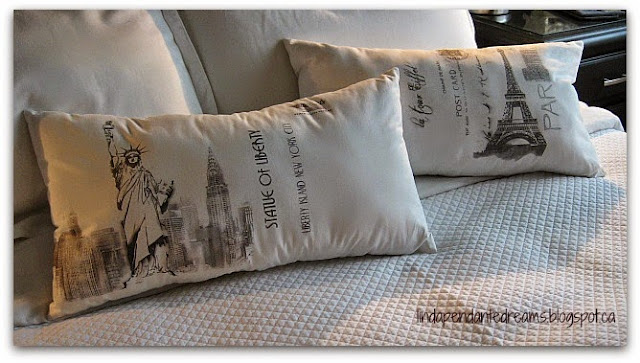 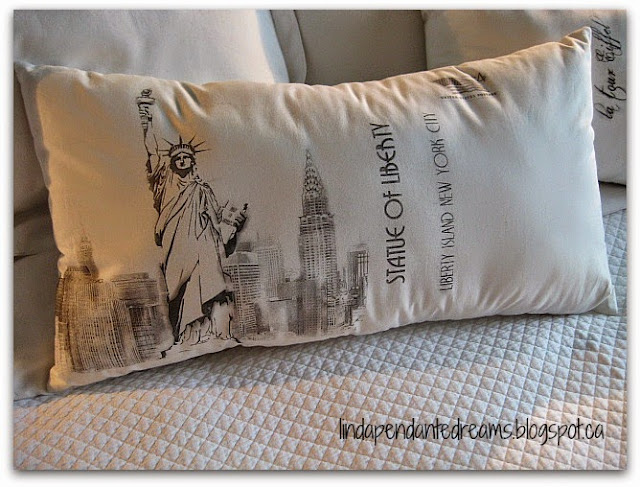 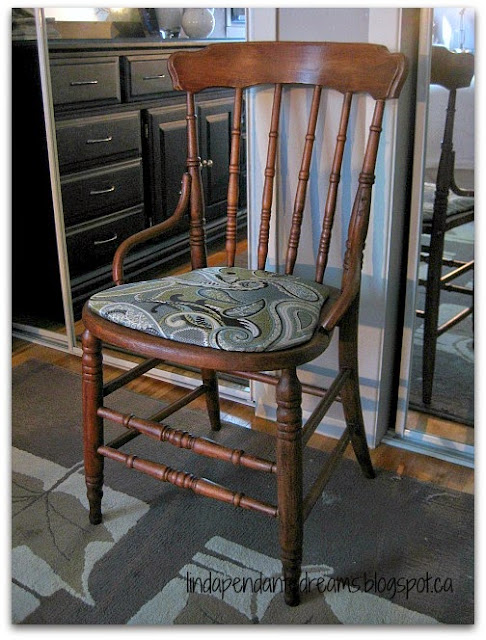 I bought four of these chairs at a shop that refinishes antiques. It was going out of business and I found them in the basement for seven dollars a piece.

They had four coats of paint in questionable colours, and it was a bitch to strip them down to the wonderful wood they once were over a hundred years ago.  The original seat would have been cane, but forms were cut from wood which were also painted crazy colours.

Anyway, I didn't take before shots because I just decided I had to refinish them right now and that means get right to it, so no before photos.


I stripped going the toxic chemicals route and used paint stripper, then applied two coats of chestnut stain and then water based sealant. I found the paisley fabric a while ago and used it on an antique rocking chair and love it so much that I decided to cover the seat using it again.
Posted by Linda at 13:23 0 comments